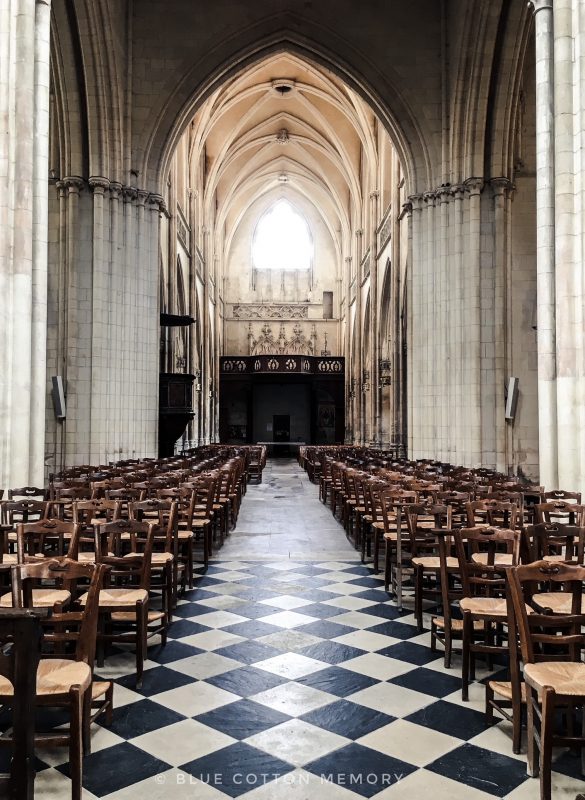 Where are the sons?
Where are the daughters?
Who raised their hands in praise?
Who went under the water
to be raised to new life in Christ
little ones for whom life
was still so new?
Their place in the pew
sits empty, cold
like lost faith
left behind.
What happened
to prayers whispered
in teacher’s ears,
who caught them to carry
in their hearts
the sounds of surrender
to a Savior they believed in
with the faith of a child?
Raise up
Train Up
A child in the way He should go
But some do
depart from the way,
the way God says to go

Who will seek them out?
Who will call them home?
Whose ears will remember
faith declarations
whispered from long ago?
Will you turn into a shepherd
and leave the ninety-nine
Will you go into uncomfortable places
to save them again,
to save the little child grown
who trusted you to hold
declarations of love,
allegiance, surrender?
Who will remember
the lost lambs who trusted
to whisper in ears
who dared to believe
with the faith of a child. . .

Love a child. Teach a child. Train a child. Discipline a Child. Laugh with a Child. Hug a Child. Tuck a child in with stories, a prayer. Morning prayers, dinner prayers, bed-time prayers. Introductions to the One who Designed their life, teaching His ways, His stories, to Love the Lord with All your Heart, All your Soul and All your Mind!

“Celebrate! Rejoice! Exalt the Day of the Lord” – I can see little hands reaching to the sky in a small-town Walmart, voice belting out those words at the top of his lungs.

“Train up a child in the way he should go; even when he is old he will not depart from it.” ~ Proverbs 22:6

Ouch!
When our children stray, it’s comprehensively hard – hard on the beloved child grown up. Hard on the ones who love them.

Proverbs 22:6 risks being a cudgel to judge a parent’s righteous parenting. . . and that’s wrong. . . the bible shows us over and over again righteous mom and dads who have parenting fails as they train a child up only in the way he should go. Some of those children to chose the hard road, the road that led away from God. . . only to be pursued, loved and redeemed by a Father who knows about love and how to save better than any mortal on earth!

Sarah struggled living with a blended family. Rebecca struggle with favoritism, manipulation, discord, divisiveness and then separation from and among her two sons, Hannah gave the answer to her prayer to God after she finished nursing him. Leah and Rachel had their own special band of dysfunction. Samson’s mom raised a son in righteous ways only to have him a hard road away from God’s ways and God’s heart..

Each of them knew God intimately. All their stories are Hope Stories – stories of failures, promise, redemption, returning.

Jacob cheated and stole, then became a runaway. Joseph was a braggart who brother’s were complicit in his disappearance. Children favored by their earthly fathers were blessed but oddly not the chosen favored by God (think Jacob and Judah). Samson rebelled against the religious lifestyle in which his parents’ raised him. Stories of lives redeemed but not in their mother’s lifetime.

Samson was born to an established couple who had no children. An angel spoke to his mother, telling her this son was to be a Nazarite. He was to abstain from grapes and wine, not cut his hair, nor touch the dead. He was called to do the work of God.

We don’t know the name of Samson’s mother. Maybe that is good – because she becomes every mom who’s loved a child who took the prodigal road. She loved a child. Taught a child. Trained a child. Disciplined a Child. Laughed with a Child. Hugged a Child. Tucked a child in with stories, a prayer. Morning prayers, dinner prayers, bed-time prayers. Introductions to the One who Designed his life, taught Him God’s ways, His stories, to Love the Lord with All his Heart, All his Soul and All his Mind!

“Early training may be a means of their recovering themselves,” Matthew Henry’s Commentary on Proverbs 22:6

Samson grew to become one of Israel’s judges: He had power, position, and sought women not from Israel. His lifestyle was not the one his parents’ raised him to live – and by lifestyle – I don’t mean his job. I mean how he lived his life.

His parent’s tried to shepherd him, reminding him of God’s ways, but Samson was head-strong. Maybe he felt like he was the smartest person in the room. He sounds like a child who always got what he wanted grown into an adult who expects to always get what they want.

I only know when I read this part of the story, I know part of what Samson’s mother feels. I understand the quandary of a grown child in charge of his destiny making hard choices, going down roads that lead to heart-sores. How do you dissuade a child who tells you what is wrong in your eyes is right in his ( Judges 14: 3b)?

“Many indeed have departed from the good way in which they were trained up” ~ Matthew Henry’s Commentary on Proverbs 22:6

As parents, did they despair? Did they wear out their knees in prayer? Spend too much money on burnt offerings? Did they berate themelves for not being better parents? Question whether they disciplined too much or too little? Spoiled too much or not enough? DId they turn every part of his childhood over in their minds wondering where they went wrong?

Samson’s dad had asked the angel all those years ago to “teach us what we are to do with the child who will be born”(Judges 13: 8b), but the angel gave them nothing. . . . Nothing!

Scripture tells us, “His father and mother did not know that it[his rebellion] was from the Lord, for he was seeking an opportunity against the Philistines (Judges 14: 4a).

His parents didn’t know the story God had planned for Samson’s life. They witnessed his disobedience to the laws of their God. They watched him walk away and choose sin over righteousness.

Did they die not seeing a son redeemed?
Did they die believing God had a saving plan?
Or did they die despairing – despairing that they’d failed God and somehow their son?
There’s can be nothing greater a parent wants than their child saved to God. Nothing!

Matthew Henry encourages parents to “have comfort of having done their duty and used their means” – to know we did the best with what is available.

In the end, Samson is redeemed! His soul – and his life’s commission is completed. He finished his race in favor with God, restored to God.
Samson’s life was a story written between Samson and God. Samon’s mom and dad gave birth to his life and equipped him for God’s plan – and before he died, he remembered and was restored.

In homes and communities today children grown to love the lord, arms raised up singing to celebrate the Lord have walked away from the churches that were part of the growing up. . . . living Samson-lives – some with the power, position, the lifestyle of indulgence, some without power, without position, in want, in disarray: all lost lambs. All lost like Samson was lost until He cried out to God.

Sadly, entire communities have abandoned them to their lostness. Except for their parents’ – there’s no one seeking them, redeeming to restore them. Yes, Samson returned to God on His own in a foreign country who didn’t know His God. But we are new testament people. We are a people who have sought by the shepherd and brought home. Our lambs, the lambs of our churches, need to be called home, need to be sought out, and carried back.

Waiting for a lost lamb to come back to the fold and then care for them won’t redeem a lost lamb.

Maybe you don’t have a lost lamb. Maybe you don’t have a child who has taken the Samson Way. Maybe you think Proverbs 22:6 let’s you off the hook: it’s not really your job to clean up another parent’s perceived messes. If your have no compassion in your heart for the lost lambs, ask God to break your heart for them, to show you how to love them, and, in the loving, He will show you how to save them.

Find one of those lost lambs grown up in your church, sit over a cup of coffee, discover their heart, love them like the shepherd, get to know their hearts, really care about those hearts, relight the spark of their faith planted in childhood!

“Ordinarily the vessel retains the savour with which it was first seasoned.” ~ Matthew Henry’s Commentary on Proverbs 22:6

It’s never too late for a lost lamb to be found and saved.

“I’ll make a list of God’s gracious dealings,
all the things God has done that need praising,
All the generous bounties of God,
his great goodness to the family of Israel—
Compassion lavished,
love extravagant.”
~ Isaiah 63:7, The Message

In the Old Testament, God repeatedly, quietly and loudly, tells his children, “You have forgotten me!”  (Jeremiah 3:32, Ezekiel 22:12, to name a few). It’s a heart cry from a father to a child who has forgotten all the love, all the saving, helping, little and big blessings – and it leaves me stunned when I realize our Father, the creator of the universe, who knows things I cannot begin to fathom, who authors storylines that leave me amazed, delights in all of us so much, He cries out, “Remember Me.”

While every day is a Remember God Day, I am inviting you to join me on Monday mornings to come by and remember what God has done for you, for your family. Maybe God sent a cardinal darting out in front of you, as if to tell you, “I’m here,” or broke a child’s fever after you laid it all down at His feet in a 2 a.m. bedside vigil. Maybe He stood with you in the wait of a prayer sent out, or brought someone you loved to Christ. Maybe He healed your broken heart, gave your courage, or you gave Him your dreams as a love offering only to have Him give them back in an unimaginable way. Maybe God helped you survive to bedtime after a crazy Monday, or forgive yourself for missing it with your kiddos –– Whatever it is, let’s Remember Him. . . in a “Remember Me Monday” love letter.

“My mouth will tell of your righteousness,
Of your salvation all the day long,
Though I know not its measure.
I will come and proclaim your mighty acts, O Sovereign Lord”
~ Psalm 71:15-16.

Let us delight in Him by telling the  stories of what He’s done!  If you wrote a blog post remembering what He’s done for you, join the linky. If you didn’t but still want to praise Him for what He’s done – write it in the comment section. Then visit a comment before or after yours! One of the beautiful things about the blogging community is the relationships it builds!

Rules?  Write long or short, a list or a story, include photos or not. Just Remember Him and what He has done, and let the gratitude of your heart guide you. Let’s make Monday so Rejoice, that the goodness of God spills into the rest of the week!

Places I’m Linking at This Week:
Inspire Me Monday, Grace & Truth,
Purposeful Faith, Tell His Story,
https://welcomeheart.com/blog, Worth Beyond Rubies,
Share a Link Wednesday, Let’s Have Coffee,
Grace and Truth, Faith on Fire,