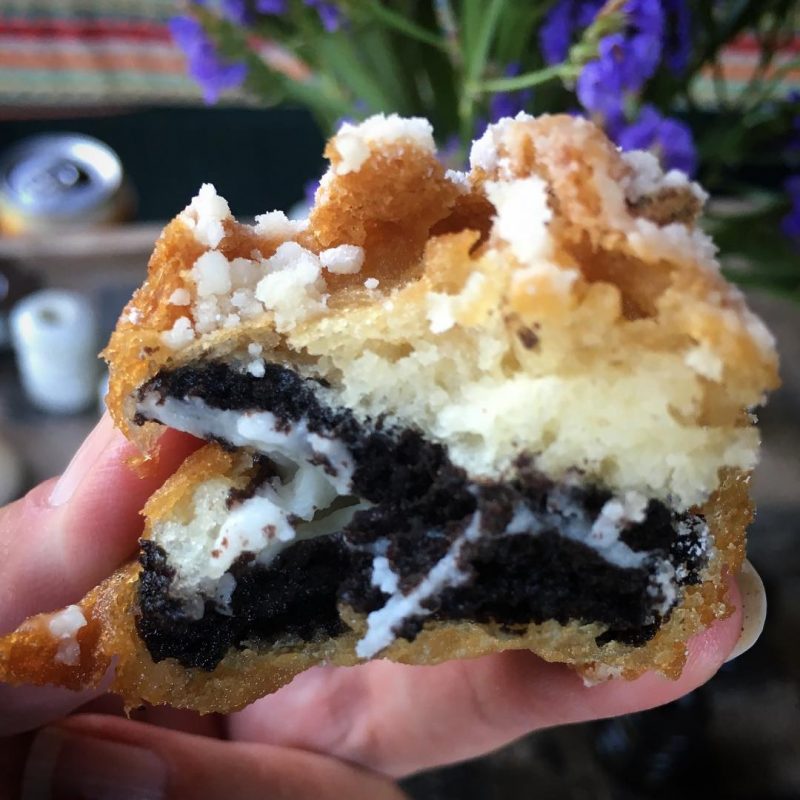 Last week, I pulled out an old recipe. It my great-grandmother Muddy’s recipe – her corn fritters. I don’t know why I hadn’t made them in such a long time. For a season, Muddy’s Corn Fritters were a dinner-time staple. . . until they weren’t.

The old recipes, like Muddy’s corn fritters, handed down for generations mother to daughter, from Mary Francis to Sue Eva to Mary Eva to Mary Edna to Linda to me – Maryleigh –  always reminds me of this scripture: “Stand at the crossroads and look; ask for the ancient paths, ask where the good way is, and walk in it, and you will find rest for your souls” (Jeremiah 6: 16).

There is comfort in the old ways – in handmade quilts that Nanny made, canning tomatoes and pickles like my husband’s grandmother taught me, in walking the same paths to church on Sunday morning, and meal-time prayers . . . and recipes handed down. The old ways aren’t adventuresome. They comfort and are comfortable.

My youngest son walked in – the one who last Spring had stood in the kitchen telling me, “Mom! You’re slipping. You used to make the BEST breakfasts. What happened? You have only two more years before I’m gone, ” he said, waving two fingers at me, moving into his oration zone. The zone where it’s time to just take a stool and listen because there’s no entertainment better in town. “Mom! Mom! You need to push through. You need to start making all those awesome breakfasts you used to make: the eggs and bacon with ketchup on toast, the chocolate chip pancakes – and those things with the chocolate chips and the stuff that’s in the box with the man in the white wig!”

That gave me pause – who was this man in with a white wig in my  kitchen! Then I remembered.

The man in the white beard is the Quaker Oats man – and, he was talking about my granola bars.

I’d felt hugged and loved in the kitchen that night.  I pushed through the rest of the year to cook up some good breakfasts – with the old and true recipes.

Last week, he walked into the kitchen, saw Muddy’s Corn Fritters and didn’t remember them. The older boys did, though. That inspired look came into his eyes.  He drew himself up into his oration stance. It wasn’t those beautiful corn fritters that inspired him, though.

It was the deep-fryer.

I tried to steel myself against the effectiveness of this son in his oration zone. Really! I did!

“Mom! Mom! You need to make some deep-fried Oreos,” he said, waxing eloquent about the country fair’s deep fried oreos. He felt sure I could make them.

Dazed, I almost regretted enrolling him in a school a few years ago where he learned about logic and its fallacies, Socratic circles and argument development training, and oration.

There I stood with Muddy’s Corn Fritters stacked high on a plate. It was such a good thing – those corn fritters. An old way of doing things – and he was asking me to do something different. Something I’d never done before. Something radical.

Not just radical – I wasn’t sure Deep Fried Oreos was something a mama should  do: Unnutritional Decadence beyond anything I’d ever done.

“I don’t have a recipe,” was one excuse I used.

He found one on the internet similar to the corn fritters I’d just deep fried. I had the eggs. I had the pancake mix. Too late to hide them! Drats!

Really – wasn’t one deep fried dish enough for one day?

“I don’t have Oreos,” was another excuse I pulled out.

“I’ll go get them,” he said. Double Drats. (The silver lining of my son being able to drive himself to soccer practice betrayed me at that moment).

I tried negotiating: “How about I do them tomorrow?”

“You already have the deep fryer out,” he said. “Besides, aren’t you the one always telling me, ‘Don’t put off tomorrow what you can do today.’”

I cannot explain the combination of annoyance and pride I feel when these boys to men of mine throw my words back at me.

Exasperated and wise enough to recognize I’d been out-maneuvered, I threw out: “I don’t have any cash.”

I’d made a stew with chuck roast, sweet potatoes, parsnips, and and turnip greens, which they thought were carrots, potatoes and spinach (laughing emojis here if I knew how to put them), and Muddy’s Corn Fritters. Wasn’t that enough?

About 40 minutes later, those Deep Fried Oreos fried and bubbled happily in my kitchen. I wasn’t going to eat one – really I wasn’t. Who wants to fully participate in something they’ve been run rough-shod into, cornered and corralled?

But I wanted to take a photo of what the inside looked like. Just one bite – for the photo.

It was delicious. I ate more than one. It was a beautiful thing.

Feeding my family is something everyday ordinary. Yet, God wants to turn the dinner table or kitchen counter living into something radical, something extraordinary.

He wants us to feed his sheep.

When they had finished breakfast, Jesus said to Simon Peter, “Simon, son of John, do you love me more than these?”

He said to him a second time, “Simon, son of John, do you love me?”

He said to him the third time, “Simon, son of John, do you love me?”

Peter was grieved because he said to him the third time, “Do you love me?” and he said to him, “Lord, you know everything; you know that I love you.”

Over the next couple of weeks, I’m going to talk about living a lifestyle to Feed God’s Sheep by making room for one more at the table. We’ll discuss who our sheep our, our responsibilities to those sheep,  and how to feed them.

Let’s turn the dinner table or kitchen counter living into something radical, something God-extraordinary.

I hope you’ll join me.

1 home-friendly deep fryer (size determines how many you can fry at one time)
1 large egg
1 cup Milk
2 teaspoons vegetable oil
1 1/2 cup pancake mix
1 tsp. vanilla
1/4 cup powdered sugar
One package double-stuffed Oreos or any other cream-filled chocolate sandwich cookies. This recipe does not use up all the cookies.

Click below for the rest  of the posts in this series: