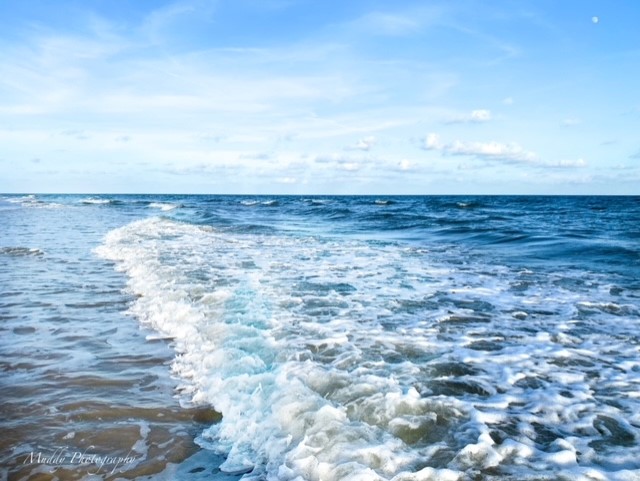 This is the only way I can tell this, the only way I can wrap my brain around Thursday, September 16. I’m sharing for two reasons: 1) to give God the Glory for His life-saving miracle, and 2) to help create awareness to BE FAST in recognizing on-set symptoms of a stroke in order to create the opportunity for positive outcomes.

Wednesday afternoon trying to get my grandson settled down for a nap, I dreamed a dream. In the dream, I lived in a white ranch-style house with a tiny grassy yard on a stamp-sized piece of property in the middle of what looked like the Artic ocean. As I cleaned the dishes in the kitchen, I looked out over the family room windows onto the blue-sky, white cloud, ocean gorgeousness. My house was bright white and so very spic-and-span – and so peaceful. Our home wasn’t on an island and it wasn’t a houseboat. Just a house with a tiny – very tiny – yard. There must have been a dog who needed that yard.

As I washed dishes, looking out on the blue skies, the sparkling ocean, I wondered if whales flipped boats over. If they flipped boats over, could they flip our home over? Would the water be too cold to swim to safety. Where was a safe haven if that happened? These thoughts ran through my mind.

Suddenly, a grey whale surfaced just outside my windows, much like a dolphin surfaces for air only to go back down. I could see its eye, as though it was peeping into our home. I called to my husband to come look. He walked into the family room, standing intently in front of the windows. He loves science things – all things science. It’s the physicist and engineer in him. He finds so many amazing things on hikes that tell history stories. A few months ago, on a hike, he pointed out the root system fossilized in the rock overhang. I never would have seen that.

He stood there, his hands in his jean pockets, waiting in anticipation, looking out these floor to ceiling, sparkling windows. Just at that moment, life felt so very sweet, so bright. All was well in our world.

Suddenly, our home capsized, flipping upside down. No warning. No time to scream. Just BAM! Our lives were literally turned upside down.

In my dream, there was no struggle to get out of the house, to swim, struggling for breath to get to the top of the water into the air, to breath. My husband and I – we just popped up. In the middle of The Artic Ocean. Pop! Pop! Pop – there we were treading water, our grandson between us.

The water didn’t feel hot or cold. No worries about sharks or whales gobbling us up. We treaded water looking for a place to go. In the distance – far, far way was an oil rig. It was too far for us to reach. We knew that. It would be impossible. Especially for me. In the back of my mind, an idea tried to push forward that I was too weak for such a journey – but we both knew we had to try. We had to make it for our grandson. All we had to do was start moving toward the oil rig – so with our grandson linked between us, floating on our backs, kicked, our grandson between us, we started kicking our way toward the only safe space available to us . Then I woke.

I told my daughter-in-law about the dream when she picked up the kiddos. I couldn’t pin-point what the dream meant – that oil rig really threw me. I told my husband – the sun set that night and rose in the morning. The day started out with sunshine, but rain was predicted for the afternoon.

At 7 a.m., Thursday morning, I headed over to my son’s house around the corner to watch their boys, my grandsons. I always spent a few hours there before we drove over to our house, our home. My husband drove out after his first meeting to pick up his usual Diet. Mountain Dew – and some french toast sticks for the boys for when we came over there. When he drove back in, my grandson pointed out, “There goes Papaw.”

About twenty minutes later, at 8:19 a.m., he called me, “You need to come home.” I was confused – we would be there in 40 minutes. I wondered if someone was coming to quote a remodel-project in our house during a meeting he had scheduled? He said it again – it sounded a little slurry. Then he said, “Emergency” – but every other syllable came out.

I called down to my DIL who works from home, “Emergency! Emergency!” I flew out of the house. My DIL later told me my 4-year-old grandson, watching me pull out of their driveway said, ‘Muddy’s going to a fire. There’s an emergency.”

Driving and trying to get into my phone to dial 911 had me shaking. I now know you can just click on the side of your phone. I didn’t know that then. At 8:20, I was on the phone with 911. As I pulled in my driveway, my husband walked out to meet me, got in the car, tried communicating with the 911 Dispatcher. He told them he’d taken two aspirin. We decided we could get to the hospital quicker than if an ambulance came.

Hazard lights on, leaning on my horn, I turned a 10-12 minute drive when the traffic lights turn my way into a 7-8 minute drive. Grandma Driver? Not that day. At 8:36, the ER doctor called it a stroke, and my husband was being taken to get a CAT scan. By 9 to 9:15, they had administered the TPA for strokes (For more information on TPA, click here). Cookeville Reginal Medical Center response was amazing.

Over the next three hours, his speech became worse. He has a routine he developed from a heart valve replacement a few years ago, followed two weeks later by a lung lobe removal for cancer found in the pre-testing for the TAVR. Before he went under for each high-risk surgery and when he came out, he would say The Twenty-Third Psalm, Numbers 6: 24-26, John 3:16. Then he would run through tongue twisters:

“My brain is my trade,” he’ll tell you. Communication is an important part of that.. From 9:15 throughout the morning, he tried speaking his brain-check routine. When that didn’t produce the results he wanted, he asked for paper and a pen. The nurse brought a clip-board with paper, and he wrote out it out the scriptures from memory. Yeah, his writing was sloppier than normal, but he got out what he wanted to say.

Then he started singing “Amazing Grace.” He could sing when he couldn’t speak.

They said he needed to rest, but for a while, he just kept writing. Then he stopped, pointed out the need for rest after a concussion and recognized the need to treat this stroke like a brain injury. He finally put the pen and paper away and slept.

The TPA did it’s job. By 2:30 p.m., he could speak complete sentences but with pauses as though he was searching for the words. By the doctor visit around 5 p.m., he sounded fully recovered. Because of the TPA, though, he needed to say in the ICU for 24 hours. I wasn’t able to spend the night. That was hard to leave him there without me to take care of him.

He texted me later that night, “Moses supposes his toes are roses.”

The next morning after I saw him, I texted our sons an update, “Chirping like a bird.”

One son texted back, “Is that a side effect?” (My husband is not a big talker . – a little humor is like salt – it seasons the challenges in good ways.)

Thursday Time was Brain – meaning that the quicker my husband got help, the more brain function was saved.

Because of my husband’s previous heart experience and research about the risk of strokes after heart procedures, he was aware of the need to BE FAST.

One or more of the tell-tale signs of stroke are expressed in the acronym, BE FAST:

B stands for trouble with balance;
E for eyes and vision problems;
F for facial droopiness;
A for arm (or leg) weakness;
S for speech problems; and
T is for time. A call to 911 is immediately placed. [“When Stroke Symptoms Occur, BE FAST” by By Dr. John Hanna, medical director at Atlantic Health System’s comprehensive stroke center, Overlook Medical Center (Click Here for article)].

We don’t know yet the cause of the stroke. He was heart-healthy – and still is. Could Covid be the cause? That’s a possibility. However, vaccinated or unvaccinated, each carries the risk of blood clots, which can lead to a stroke. Have a discussion with your doctor on stroke risk-factors post-Covid or post-Covid Vaccination. Learn to BE FAST. Develop a plan of action with those you live and work with. After my experience, I think businesses should have BE FAST posted, should have employee discussions on what do to in event of a stroke. Response not only can change change outcomes, but save lives.

My husband knew the BE FAST symptoms. He immediately took two aspirin and called me. How can you be aware in order to BE FAST?

Friday morning my daughter-in-law sent me a text about oil rigs in dreams:

“To dream of an offshore oil rig platform represents a mindset that knows exactly what to do in an emotionally uncertain situation to extract valuable resources. A fearless mindset about getting something important done when nobody else wants to. A professional, fearless, or emotionally immune mindset about getting something valuable during uncertain or negative emotional situations.” ~ Oil Platform Dreams Meaning

That Wednesday afternoon dream wasn’t a coincidence. God knew and was warning me to be vigilant, that home was going to be turned upside down, that safety and refuge were provided – we just had to move towards it, to not sit around, to BE FAST.

When I watch my grandkids, we call Papaw to lead us in a morning prayer. Last week, like always, he led them in Numbers 6:24-26. How blessed we are with God’s mysterious, mercy-filled ways.