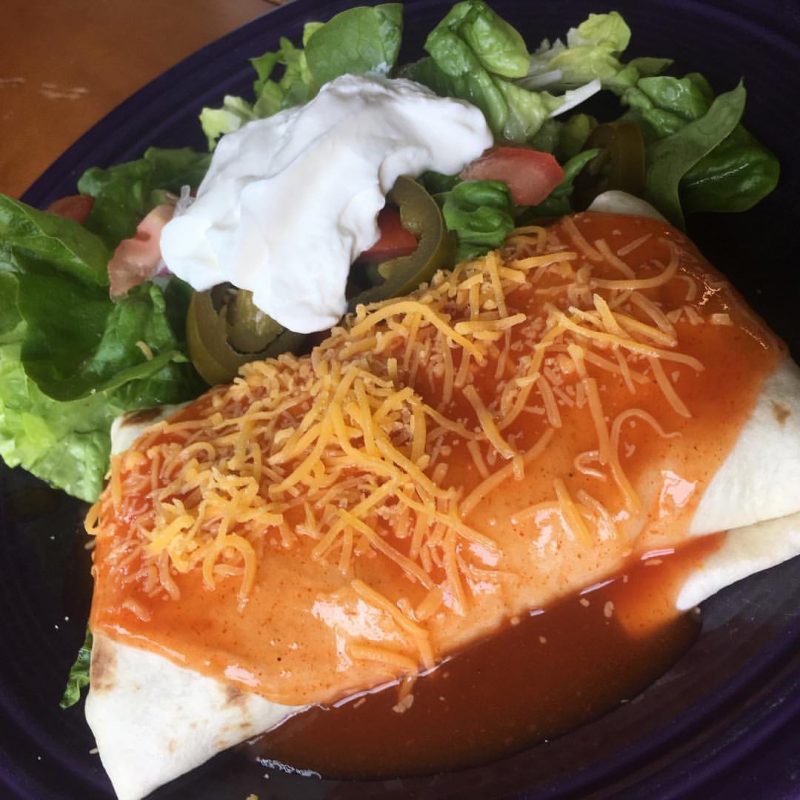 I might call myself Nacho Mama when I cook Mexican, and I might really be Not(ch) Yo’ Mama – but that does not stop me from trying to find recipes that allow my dinner to be all things to all people. I refuse to be a short order cook, but if the cookin’ can wear different plates, well then, why not!

A little taco, soft or crunchy, a little chimichanga, a little enchilada – one pot of stuffing, just different wrappings – toppings for all.

You first start with a pot of stuffing:

Brown the hamburger, drain fluid. Add 2 packets of Taco Seasoningwith 2 cups of water. Cook for 10 minutes. Add can of refriend beans. When mixed, add salsa and cheese. This feeds our family of 7 for 2 days.

To make Nachos, fill a round oven-safe dish with tortilla chips, creating a pyramid. Spoon filling over the pyramid, topped with cheese and jalapenos.

Some of my boys want a soft-shell with stuffing and cheese, one a little cheese, a little sauce, a lot of spinach tucked in a taco crunch. Some want a little stuffing with lots of jalapenos.

When I say we’re having Mexican, my joyful one always asks hopefully, “Taco Bell?”

He walks away shaking his head, saying, “Dinner could have been so good.”

But he fills his plate and eats every last bite. For his birthday last year, he got his own industrial-sized bottle of jalapenos and salsa.

One pot, 5 different plates – a dinner all things to all people.