I was born in the early 60s, but I grew up in an earlier generation. I grew up in my grandparent’s house, with a grandmother and grandfather who were pre-teens during the first world war – and were raising pre-teens to babies in the second world war. My neighbors were spinsters, widows and couples who grew up during the same time. Sometimes, I feel like I’m from a different world – and maybe, well, it’s because I was raised steeped in another generation.

My grandmother wore sheer elbow length gloves during her First Communion because her skin was too dark. She had gone to live with her grandmother for a year before her First Communion to take the classes necessary receive the sacrament. The mumps didn’t stop her – apparently, nothing stopped you from the sacred ritual.  Especially, if you left home for a year to live with your grandmother to be prepared for it. A rare photo, of Mary Edna, in her gown, is probably the only photo of any of her family bearing a striking jaw line – courtesy of the mumps.

Women who grew up in the early 1900s, experienced the great wars and the Depression met in multiples of 4 around bridge tables where every few months, Charlotte Rousse and tomato aspic were served on the best dishes, where recipes were held close and rarely shared because community was small – and a stellar dish would become synonymous with the one who made it. When my brother and I would come tearing in from school on those illustrious bridge days, we  were expected to make bridge table rounds, speaking to each group, answering questions from women, who were mostly generous with their kind words. I always left the rooms smiling. Grandmotherly women laid their cards on the table so much more neatly and kindly than did our own peers. Maybe that’s why, today, I have always been more comfortable with older women than my own peers.

It’s from this community – of community bridge partners and neighbors from an older generation – that I gained an insight and perspective into so many different layers of living – a Live. Experience. Learn. Pass it Down kind-of-experience, where I learned my life is not my own – and my soul hands were open to catch the blessing they poured out.

Stop:  5 Minutes of Writing. Just 5 Minutes – unless you just cannot stop yourself.  Won’t you join me over at Kate’s Place for 5 Minute Friday? Sit down, pull over a cup of Wild Apple Ginger Tea, and see what everybody else is writing about the word . . . “Neighbor” Maybe you can join in – it’s just 5 minutes. Come enjoy the fun! (My 5 minutes ends here, but I wanted to share the following story about neighbors who never sat at grandmother’s bridge tables, but were constant neighbors until their deaths. What follows is one of those experiences.

“Don’t do what I did,” Laura May, my 80-year-old-neighbor said to me when I was 18, getting ready to graduate from high school. She had called my grandmother to send me over to sit with her. She thought she was dying and didn’t want to be alone. I was terrified.

Over 13 years, I sat on her front porch a few times, overcoming shyness to visit. One 6-year-old morning, peering through backyard hedges, I was caught, spell-bound, watching an argument unfold between  Laura May and her widowed sister – about boundaries, inside work (Ms. Schindler) and outside work(Laura May). They were refined little ladies. Laura May in her neat dress, with her stockings rolled down around her ankles mowed with an old-fashioned push mower. I tried it once in later years, totally depleted and exhausted at the effort, not able to match her stamina. That morning, I watched them bicker, totally enthralled. . . until they noticed me in the bloomed-out forsythia. They stopped immediately, calling out a friendly, southern, “Mornin’ Maryleigh.” I muttered a “Good Morning” and ran.

I grew past bee catching and porch-wall climbing as seasons turned, Ms. Schindler died and Laura May was left alone in her parent’s Victorian house with blue and white tiled fireplaces, ornate trim, and black walnut woodwork. In the winter, the bare forsythia allowed her to watch us eat in the kitchen. As a teen, in the summer, the stairwell window allowed her to sit, watching all the coming and going, teen antics with my friends, still picking violets, surprise parties, dates, proms – and me mowing our yard.

Until one day, she was dying and afraid. And she wanted me to sit with her.

In her down-stairs sitting room turned bedroom, she told me her story, a “My-life-is-not-my-own” story that needed passing down. A young man turned away because she was expected to take care of her parents. A life turned away – no children, no husband – because her parents chose a different path for her. Oh, how she regretted that. She did not want me to make that same mistake; she feared I would stay home and take care of my divorced mother and grandmother. She wanted me to live life overflowing.

Nobody owns me. Nobody owned her. Nobody owns my sons. But God calls us to live life fully in a “My-life-is-not-my-own” way, where we pour out all that is within us into someone else to help them grow and grow strong, to strengthen their wings to one day fly and in flying soar, and in that soaring, see – that their life is not their own.

She missed that chance to teach someone to grow, to fly, to soar. She wanted to ensure that I did not miss it, too. In that moment, her life was not her own – she gave a part of it to me.

“Whoever brings blessing will be enriched,
and one who waters will himself be watered” (Proverbs 11:25) 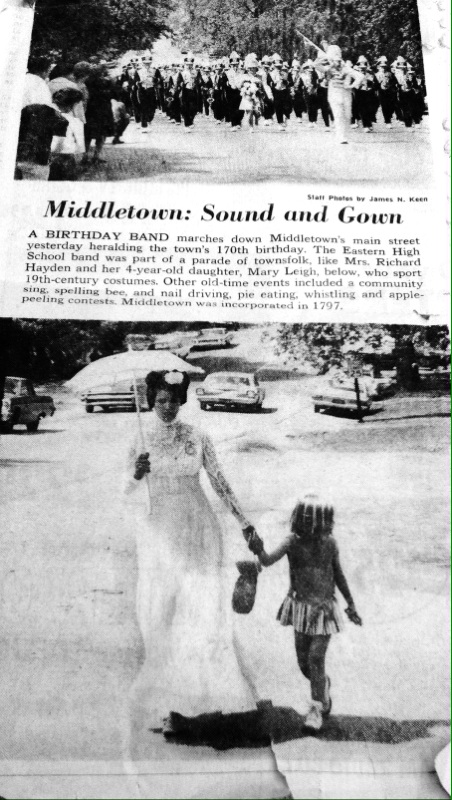 Allowing others to pour their story into our lives is just as important as pouring our stories into others’ lives. Those stories are God’s stories, God’s messages, God’s encouragement. “Sit Long. Talk Much” is a sign over my porch door. It reminds me to share what God put in me.

My son, the answer to a 4 year prayer, he graduates in May. Freedom is all he has talked about for at least 4 years – freedom to live his life his way, make his choices, live his dreams, determine what values to re-seed, which to prune or pull out. “It’s my life,” whispered, shouted, cried out in his thirst for freedom, for control.

I remember that feeling, thinking, “It’s my life.” I can do what I want, be what I want, live what I want, wear what I want, eat what I want. Suddenly, one day though, truth makes a lie of those words. My life is no longer my own. It never really was. . . . my life that is. I gave my life to God – and He wants me to give it away to others – to my family, my children – and His children, both little and big He puts in my path. My dreams are just a shadow of God’s plan for my life.

Just yesterday, I was at the KY State Archery Tournament. I was handed 2 bows, a back pack, a cell phone and an iPod. My life was not my own. Yet – what I was able to give, strengthened my son and gave him the opportunity to try his wings.

Another son brought home a puppy that someone was “selling for free.” My life is even less my own. I so wanted to put up a “No Trespassing” sign. My son walks the dog at 6:30 a.m., 7:15 a.m., multiple times after school and before bed. He wants to go on Spring Break to Florida. I gave him a choice – either use the money to go to the beach or use the money to get the puppy her shots and spade. His life, he is learning, is no longer his own.

Or the little boyin the grocery store who asked me, “Do you think I’m going to Hell?” My life is not my own or he wouldn’t have jumped on my cart and then walked with me, wanting to go home with me. ”You can got to heaven if you want to,” I answered.

God created a “Pass it Down” mechanism within each of us, the need for our life, experience and learning to be given away. It is something as necessary to us as water is to life. Laura May felt that need for her life not to be her own, to pass parts of it down.

God put gifts within us to give, graciously, freely, wantingly. Not hoarding, not guarding, not begrudgingly.

My life is not my own.

How blessed I have been by people who lived that way! I so want to pass it on to my friends, my family and God’s family . . . .and I so want my sons to pass it on – this beautiful, inside-out concept that My life is not My own.

“Give and it will come back to you, pressed down, shaken together, running over” (Luke 6:38)