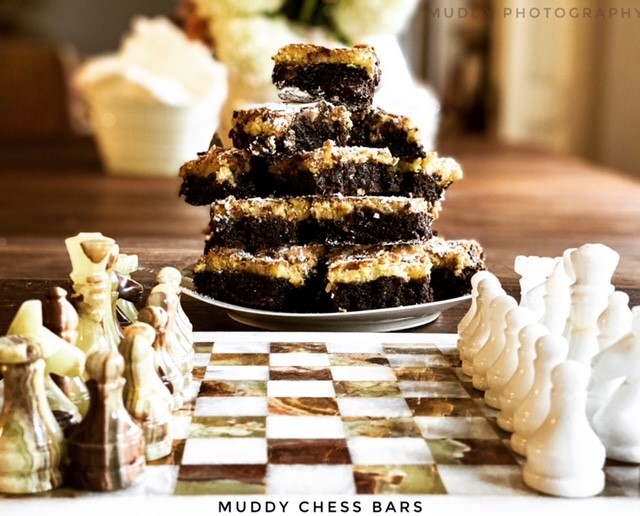 I remember turning my completed thesis in to The Dean of Graduate School’s Office and waiting, waiting, waiting. I’d pop in and ask – I was on pins and needles. I’d fought an uphill battle to get to that point. My initial thesis-adviser kept sending other students to persuade me that creative writing was not my thing – if I didn’t have it “now” – I wouldn’t have it later. My first thesis adviser eventually dropped me.

Fortunately, my second thesis adviser encouraged and supported my quest – because that’s what a quest is – isn’t it? Following a dream, overcoming obstacles, not giving up until the goal is reached? The Quest complete?

Still, the adviser for graduate students told me point blank, when I was nine-months pregnant that I had no creative ability whatsoever. He suggested an analysis thesis. I remember standing, ungainly, trying to reach the end of my first year of graduate school, shaking in my soul shoes, answering, “Well, I think you’re wrong.” I mean, who says that to someone in authority. . . to someone who has the doctorate to prove they know. . . .

My grandmother had taught me to stand up for what I believe. If I hadn’t learned to stand up to her on important things, I don’t know that I would have ever been able to stand up to all those voices in The English Department who kept telling me to give up. From her, from Mary Edna, I’d learned the value of standing my ground and coming out richer in soul ways for it. She helped raise me to be strong enough for the storms. It must have been God that made me stand firm to Grandmother because no one else did – she could make the strongest, boldest back down. I knew that if I could stand up to Grandmother, I could stand up to anyone.

So I waited on the dean. She was in bed with the flu. My 25-year-old self couldn’t understand being in bed sick and not able to read. The ladies in The Office of The Dean of Graduate school were gracious and kind. Then, I did get a call. My heart dropped and panic set in. You see, three days before the due date, I was putting final corrections in my thesis. My floppy drive – yes – you heard that right – floppy drive because word processors were new in 1985 – floppy drives were The Biggest, Best Thing Ever (if you’ve ever typed a 14-20 page research paper on a typewriter, you understand the truth of this statement). Well, my floppy drive refused to give me my thesis. It was corrupted and I had to retype in three days with all corrections made (says this girl who always types a mistake) for a 128 page document. Apparently, in the panic-driven re-type,I left out half a chapter in the middle. . . in the middle. . . the dean liked it so much she read every word. She told me later that she rarely reads through the entire documents – but she couldn’t put it down.

Mortified horror at my mistake and elation smacked into each other leaving me feeling, well, all upside down and downside up. I corrected my error, turned it back in. The ladies in the office and I had become great friends by then.

A few weeks later, The Chairman of the English Department called me in. Of course, I thought he was going to tell my thesis didn’t make it, that I wasn’t going to graduate. . . because I hadn’t got a lot of support in those quarters. Instead, he told me The Dean of the Graduate School said it was the best creative thesis she’d read out of his department. He also told me a poem I’d written had earned honorable mention in the Sigma Tau Delta National English Honor Society’s creative publication.

In the introduction to my thesis, I included Charles Dickens’ response to a man’s request to view his manuscript to determine if he had creative ability. Dickens replied, “For all I know, the land is yours by right – More than the land being mine by right.”

Dreams are funny things – God puts them in our souls, and we look at them through our life experience, pigeon hole what they will look like, work like by what we see and know in the world. Yet, when God dropped that dream to write in soul, and when I started writing as a six year old, I wrote with a pencil. As I grew older, I wrote with pens and typewriters. Then came the word processors. When I typed and wrote at the newspaper, there was just print news – and book publishers. God knew, though my six-year-old-self had no idea, of places called blogs for writing and media like Instagram. Six-year-old me had no idea something called Instagram and Facebook would exist for a different kind of writing. Neither did any of the advisors who kept encouraging me to just stop! To give up! To accept that I “didn’t have it.”

But God knew because He’d given me exactly the skill-set I needed
to do
what He created me to do
at the time He needed me to do it.
He just needed me to not give up,
to trust Him
– and do!

No! I’m not famous. My blog is like a little country house on a little used road that ministers to those who travel that road and stop by for some refreshment, some encouragement to continue onward. Thirty-four years ago, this little road didn’t exist, . . . but God knew it would.

I am thankful today – for those who taught me to stand firm for what I believe, even when nobody else believed in me. I am thankful for the kindness of people I meet on this journey. I am thankful for a God who holds the plan, who holds me – and who has patiently shepherded me to walk out that plan, who stood and still stands with me in the hard and easy parts of the journey – and who knows things ahead that I know nothing of but has already planned for them. I just need to continue trusting and doing. . .

In the midst of recouperating from Covid, I thought about the kind dean and the ladies in her office. I finally understood being sick in bed and not able to read anything! Last week, I pushed through a post-covid spinning world – finishing Anne of Green Gables and picking up Ben-Hur. I made myself start baking, too. I needed to start doing and the more I did, the less the world spinned.

I cleaned, folded laundry, vacuumed Sadie’s dust bunnies – and nailed down this recipe. I’d tried it three different ways – and I’m going to give you two. Muddy Chess Bars I is a bit messier – like a real chess bar. The other is brownier. The boys liked Muddy Chess Bars I the best. The mom in me liked the brownier bar, Muddy Chess Bars II because it’s less messy – which would be easier for little kiddos to handle. Messiness over Taste? You decide!

This week I am continuing to do, to dream, to trust Him to work out what He’s put inside me.

What are you continuing to do, friends? What dreams has Our Father placed in you? Dreams that worked out in ways unimaginable when you first dreamed them? What are you doing this week that He dropped in your soul years, decades ago? Tell me about that beautiful quest!

Add all layer one ingredients, except for chocolate chips, and mix. Spray a 9X13 pan with non-stick spray and line with parchment paper. Spread the mixed ingredients into the bottom of the 9X13 pan. Top with chocolate chips.

Bake at 350 degrees for 10 minutes, then lower temperature to 325 degrees for 45-50 minutes. The Muddy Chess Bars will fall in the middle while cooling. Be sure to press the sides down after it falls. When cool enough, remove to the refrigerator to continue cooling. Let sit there for at least an hour before cutting. Sprinkle the top with Powdered Sugar when ready to cut.

Add all layer one ingredients, except for chocolate chips, mix. Spray a 9X13 pan with non-stick spray and line with parchment paper. Spread the mixed ingredients into the bottom of the 9X13 pan. Top with chocolate chips.

9X13 Pan
Bake at 350 degrees for 10 minutes, then lower temperature to 325 degrees for 35-40 minutes, or golden on top. The Muddy Chess Bars will fall in the middle while cooling. Be sure to press the sides down after it falls. When cool enough, remove to the refrigerator to continue cooling. Let sit there for at least an hour before cutting. Sprinkle the top with Powdered Sugar when ready to cut.