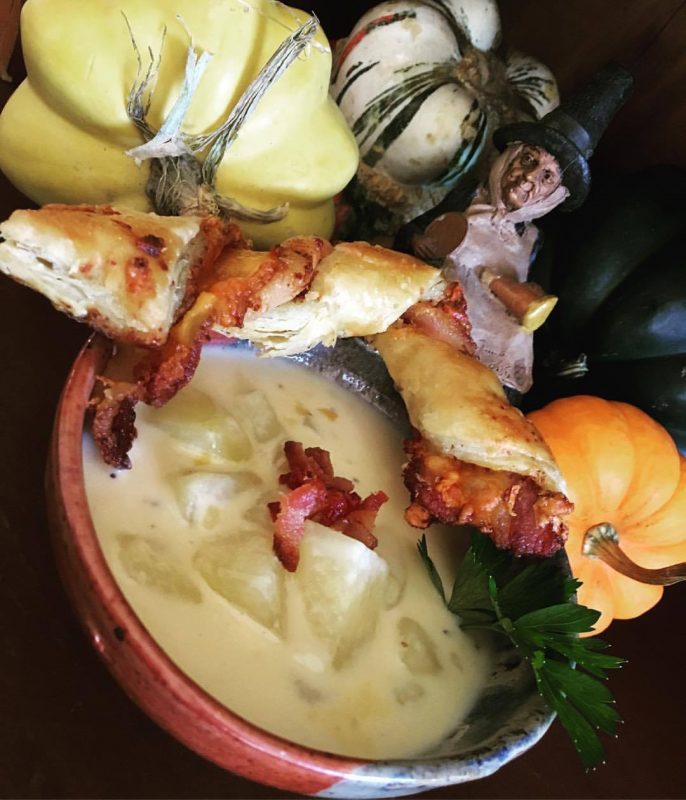 The way to a man’s heart is through his stomach – right?  So what did I learn to do when I, um, married a man and had a bunch of sons – learned how to cook some mighty fine fixin’s, that’s what!  Let me tell you, it has not been a cake walk!

My husband could care less about food – and he married the woman who believes to the tips of her toes that all moments are not complete without a food moment!

My oldest son grew into a health-conscious individual whose high nutritional ethical standards could not be tempted with his mama’s cooking (well, the oysters work their magic – and a pint of Marble Slab ice cream). He turned his nose up at the birthday cake I made him a few years ago. Sigh!  He was on a sugar diet.  The next day, I found him devouring my Marble Slab Deep Dark Chocolate with Key lime.  He’d finished his sugar diet.

You have to hide food from the second one.  Mid-night snack?  That’s him.  Left-overs?  Gone before the clock strikes mid-night. He loves it when I cook my yum (or rather Southern Living’s yum) shrimp and pasta or Giada’s grandmother’s spicy shrimp and rice.  Savor?  I don’t really think he knows what anything tastes like.  He inhales his food.  However, he avoids vegetables like a good Charles Dickens novel.

The Joyful one – he just smiles, looks in the oven and asks, “Can Nanny come over and take it out.  It’ll taste so much better if she’ll do that.” I just stand there blinking.  He left me speechless when he asked if I could take Wal-Mart’s frozen lasagna over for Nanny to cook because it would just taste that much better. And then he smiled that great big joyful smile.  No matter what your opinion is, you cannot say that your cooking is better than your MIL.  The stinker had me in check-mate-kitchen style!

The youngest one just wants white sauce (Alfredo)  on everything.  And dipping sauce for his vegetables.  He misses the food from his “old” school.  He cannot stand the new school’s food.  This is the boy who cried when he got in the van after I made him take his lunch on spaghetti day. He loves cereal, pancakes, broccoli and carrots. If I’ve got the sauce – I’m the kitchen queen.  Oh, he adores my mashed potatoes.  I had to give Nanny the recipe so he would eat hers! LOL

The way to one son’s heart is through a bowl of Loaded Potato Soup – O’Charley Style.  However, since we cannot go to O’Charley’s all the time, I searched for a recipe that would soothe the soup beast within.  About nine  years ago, a lady at church gave me the following recipe.

One handful of shredded cheddar cheese

8 to 10 Potatoes, cut in small cubes, simmered until soft

Top with Bacon Bits or Spicy Chicken Brats crumbled up and diced scallions.

Prepare gravy mix according to directions.  Add 1 lb. velveeta cheese cut up to help melt.  Stir until melted in mixture.  Add 2 cups milk.  Then add the cooked potatoes. Simmer until warm.  Serve with 1/2 tsp. Bacos sprinkled in the middle.

Whip up a little Loaded Potato Soup and watch those hugs come in! What could be more beautiful, more Simply Saturday!