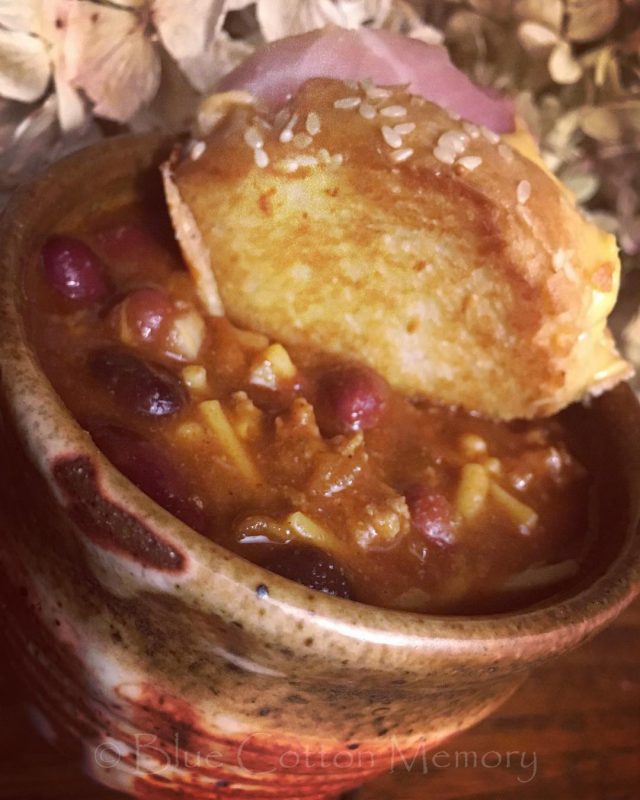 Let me set the table here – the historic table – about recipes and reputation. Growing up in my grandmother’s house, I had the luxury of learning all sorts of recipes – daily recipes, bridge day recipes, celebration recipes and feast recipes. It was long after I married that I came to recognize that a recipe wasn’t just a recipe – a recipe had the potential to be reputation defining – if you could create a delightful dish others couldn’t, then the day you hosted a table full of ladies for bridge was a guaranteed culinary success – because bridge was so much more than bridge.

As I collected recipes for my family cookbook, I also collected their history – the story of how they came into the family. Machiavellian cunning in the kitchen? Deliciously so!

For example, Aunt Joyce’s Grits Gruyère recipe came from her husband’s Aunt Ruth who had been trying to wrest it from one of the ladies in her bridge group, Mrs. Curry, for quite some time. Not one to concede failure, Aunt Ruth called Mrs. Curry’s youthful daughter, inexperienced in Machiavellian tactics, when the lady was out of town – and successfully filched it. Aunt Ruth had the ability to play a deep game – with gloves, cotton or kid, on or off.

I was oblivious to the undercurrents, the power plays, the Machavillian side to these sweet ladies – probably just like Mrs. Curry’s daughter who so trustingly gave over her mother’s secretly guarded recipe. I can understand, looking back. We hadn’t yet entered a world of culinary competition and intrigue. We were just babes in the kitchen, enjoying plateful after plateful of deliciousness, year in and year out, who never imagined a good recipe was social currency. We probably didn’t even know what social currency was.

Years later, I remember watching a dining-room table discussion with two of my very favorite aunts about whether or not to share my great-grandmother’s, their grandmother’s Corn Fritter Recipe. It was a contentious moment, a throw-back moment to a time that doesn’t really exist any more. It both saddened and gladdened me.

The internet, cooking blogs, and cooking channels have changed how women by their cooking. Recipes are neither soul defining nor social currency. Instead, cooks are defined by the generosity of spirit of not just recipe sharing but showing how to make it successfully. That is one change I adore!

I grew up with good cooks who enjoyed kitchen competition in a very lady-like fashion (a competition probably born out of The Depression and WWII when produce was so hard to come by),  but when I met my husband’s family, I learned it was a grace thing, too.

Recipes, expectations and cultural differences have the potential to create big messes, little messes, short-term messes and life-long messes. Messes, I have learned, are happenings in need of God’s kind of grace – not just given, but received, too!

Saturdays and Sundays always contained the ability to burst into family day at my husband’s parent’s house – both when we were dating and after we were married, living down the road, over a few hills, around a few curves. It’s where I learned a bowl of ice cream was more than a few tablespoons, and hot chocolate didn’t just come in tea-cup sizes – but tumbler sizes, too. Mountain Dew came out  of the water faucet – Really! For a girl who grew up not even having one coke a week, it sure seemed like it did!

I remember the first time I had soup beans. My father-in-law showed me the best way to eat it: take a peeled onion, bite into it, along with a spoon full of beans – and, well, I just couldn’t enjoy it as much as he did. I remember trying to make Soup Beans early in my marriage because my husband so enjoyed them (sans the onion). I threw in salsa, cheese – and, well, utterly failed with the soup beans. For about 30 years, I gave up on Soupo Beans.  It wasn’t until a few years ago when someone used the words, “Chow-Chow” that I was able to cook them without trying to make them something they weren’t. I just put some Chow Chow on top! Success!

But one day, after the souop beans and onion,  Ann had a pot of Chili cooking on the stove, simmering, just getting ready to fill a bunch of bowls. Thinking Keith’s mom had been waiting for the chili to simmer before she added the spaghetti, I thought I’d help her out. I pulled the spaghetti out of the cupboard (we must have been engaged by then), broke it into pieces and was stirring into the chili when she came in from the other room. Remember the girl who haplessly, naively gave Aunt Ruth her mother’s prided recipe? I think this was my haplessly, naive moment – totally unwary, unsuspecting of potential territorial recipe undercurrents.

I met the Grace of Ann, not in the breaking of the spaghetti into the chili, but in the no-turning-back, stirring-it-into-the-chili moment. There I was, eager-to-please, oblivious to the fact that people outside of Louisville, Kentucky ate chili without spaghetti. Face-to-face with my mother-in-law who’d just walked into the kitchen, I learned my lesson – but there was no territorial battle, no sulks, just unmerited favor, forgiveness and acceptance. She gave me grace – and I gladly took the grace she offered.

I remember both of us laughing, but I am sure she must have thought her son was marrying one crazy girl.

I’ve spent about 36 years trying to pin down my own recipe for making chili. I haven’t had any complaints, but I hadn’t yet been satisfied enough to write one down and say, “This is it.”

I believe I finally have a chili recipe for my family cookbook! Yes – there’s spaghetti in it because that’s just the Louisville girl in me! That it took me 36 years is just the never-give-up in me!

Maybe it will be made even more complete when one of my boys brings home a girl with enough good kind of crazy in her to add a special ingredient from where she comes from to make it even better. But for now – this is what’s in the family cookbook:

I always serve with some kind of hot sandwich. Grilled Cheese, Bacon Cheddar Twists, or Jalapeno Cream Cheese Crescent Rolls are my favorites. See recipe or links below.

Melt butter and dip both sides of two pieces bread in the butter.

Depending on size of bread, I use one to two pieces of cheese (two much cheese makes it just too much) and possibly a slice of country ham.

Grill until golden on each side. 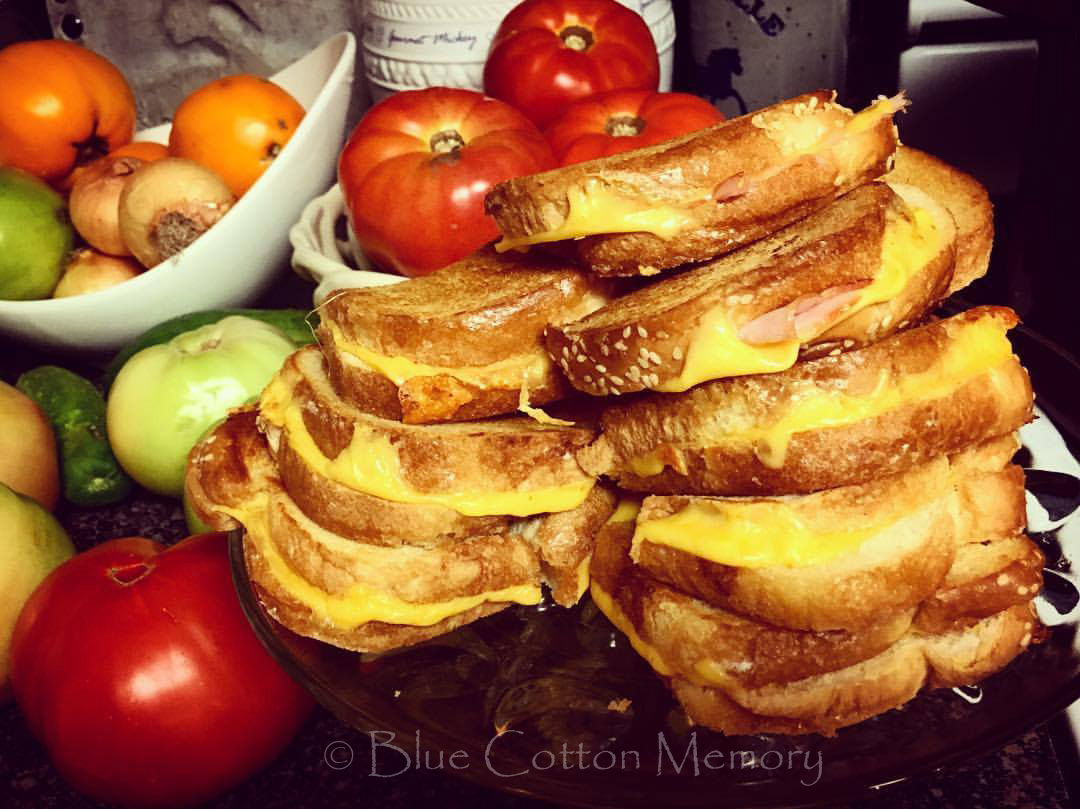 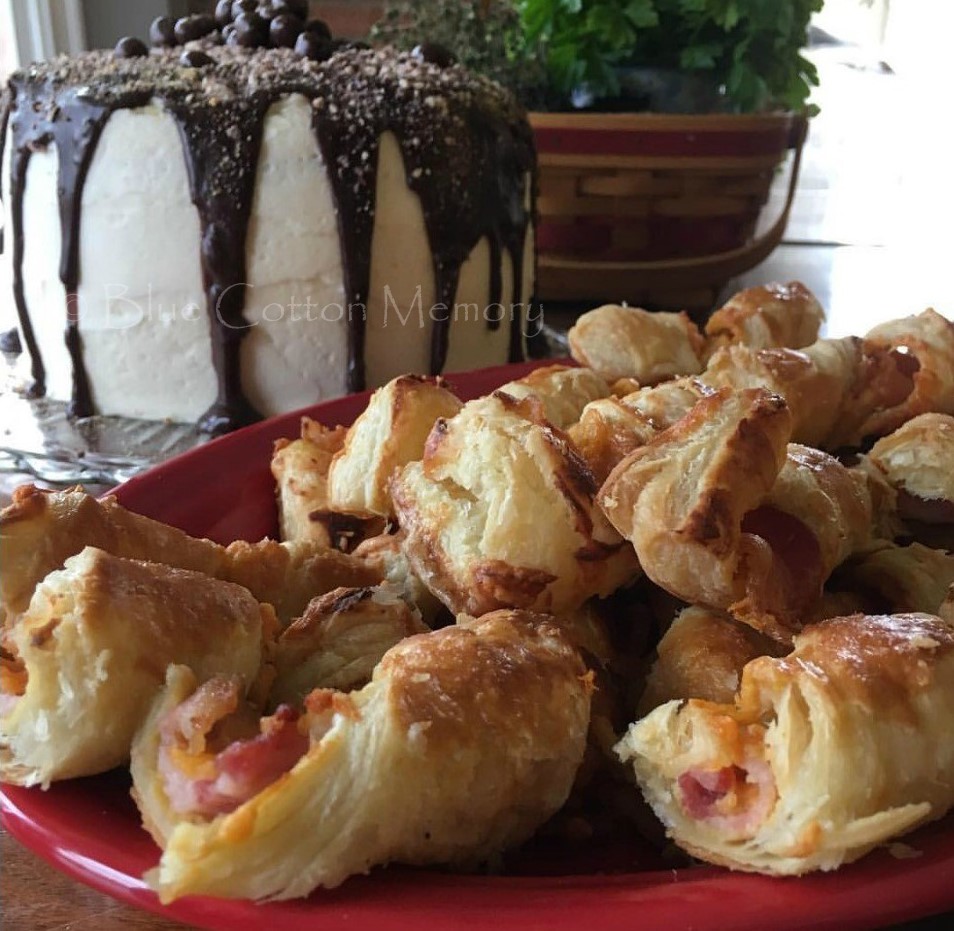 Jalapeno Cream Cheese Crescent Rolls from Jen Around the World (When you run out of croissants – biscuit dough works just as well! Made mine with Mild Italian Sausage! Held some filling back for my low carb diet. It’s a recipe that makes for happy people in my house!) 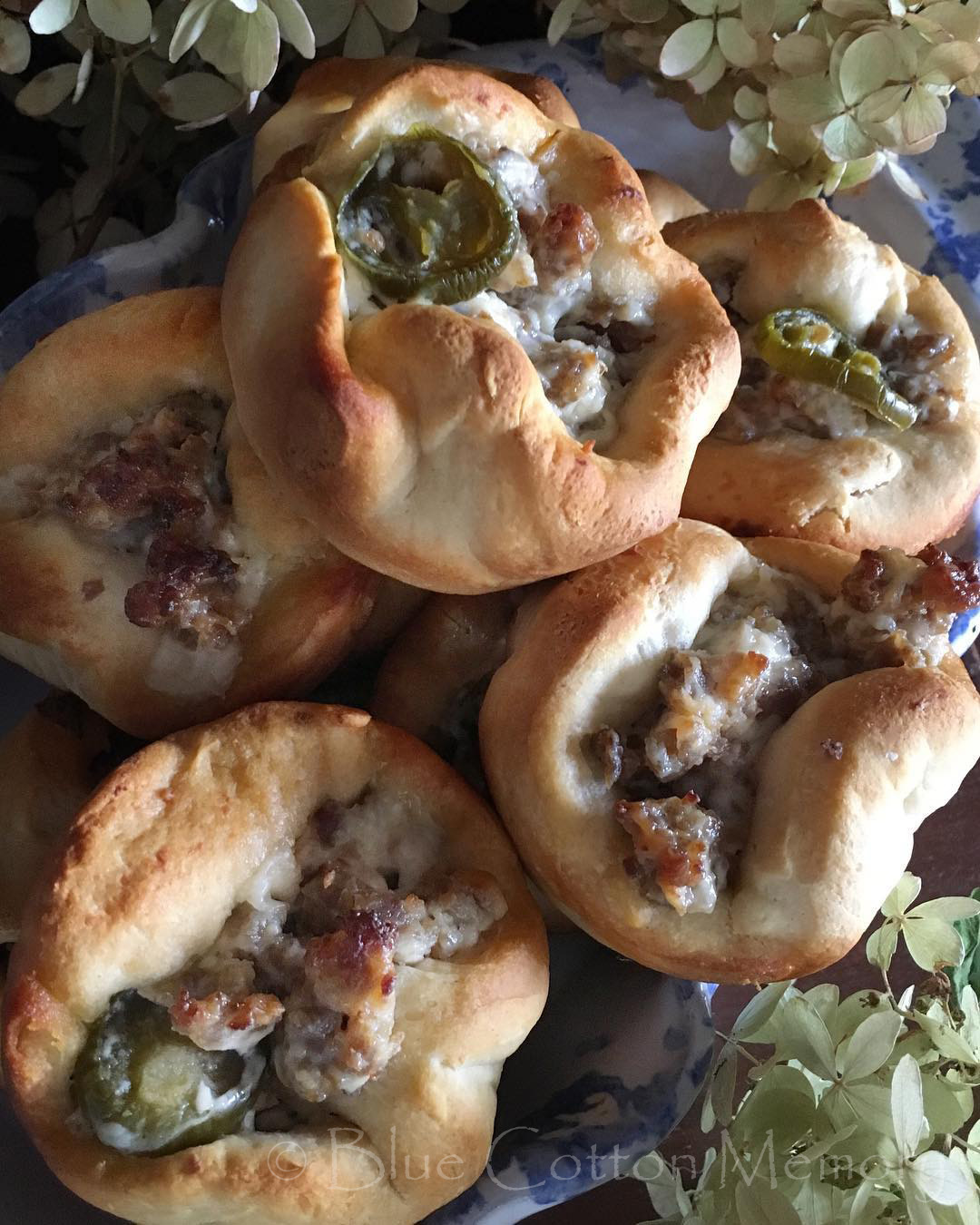